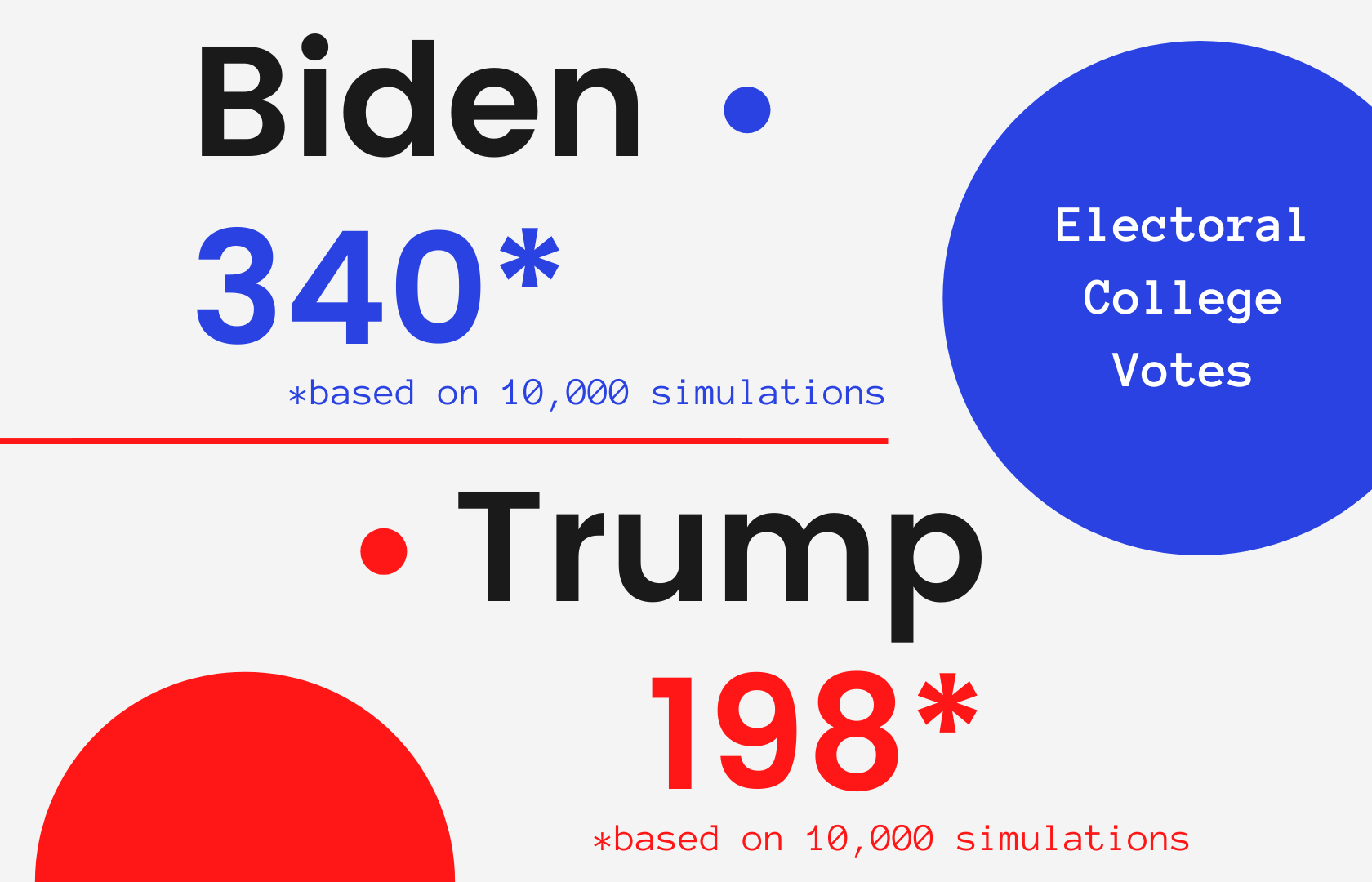 With election night quickly approaching and the threat of COVID-19 presenting a compelling case for facilitating mail-in voting and allowing for delayed results, many are looking to polling data and election forecasts as a means of gaining some clarity regarding such an unprecedented election year. Many others, still jaded from the 2016 election, refuse to take forecasts seriously again. We are of the view that election forecasting, despite being an imperfect science, can ultimately still provide valuable insights and information in the 2020 election. That being said, we have decided to formulate our own election prediction model as a means of not only quantitatively determining and documenting the political landscape at this moment in time but also seeing to what extent our predictions ring true. We would especially like to thank Professor Ryan D. Enos, Soubhik Barari and Sun Young Park of the Harvard Government Department for their insights and teaching of GOV 1347: Election Analytics.

Our two-party popular vote prediction has Joe Biden winning 52% and Donald Trump winning 48%, both with margin-of-errors at plus or minus 2%. This prediction is only looking at the two-party popular vote, meaning that it doesn’t take into account third-party candidate votes, only votes for the candidates of the two major political parties, Joe Biden and Donald Trump. The model that created this prediction uses data from past elections such as national polling averages of popular support among former Democratic and Republican candidates, presidential job approval ratings, party, and party incumbency.